Patients are referred to us by an obstetrical care provider because we specialize in taking care of women who have experienced complications in a past pregnancy or are diagnosed with a problem in their current pregnancy. The following consultations may be necessary.

A woman who has delivered a baby prior to 37 weeks is at higher risk of having another preterm birth. There are other factors that can impact risk, including an abnormally shaped uterus, diabetes, heart or kidney disease, or high  blood pressure. We  advise on available  therapies  to  lower a woman’s risk of having another  preterm  birth such  as progesterone treatments or the use of cervical pessary or placement of a cervical cerclage (a special suture used to provide extra support to the cervix).  We also monitor the cervix length (thickness) by performing vaginal ultrasounds  between 16 to  24 weeks to determine the optimal treatment option for a woman  during her pregnancy.
> MORE INFORMATION

Preeclampsia is the new onset of high blood pressure during pregnancy that occurs after 20 weeks. It is usually seen along with worsening swelling in the hands and face as well as extra protein loss in the urine. Preeclampsia can result in damage to other organs  and lead to seizures or strokes.  Preeclampsia can  lead to less blood flow to the baby and prevent  a baby from growing properly.  The only cure once preeclampsia develops is delivery.  Extra ultrasounds are needed to monitor the  well-being  of the mother and fetus until delivery can be performed, as close to full term as possible.
> MORE INFORMATION 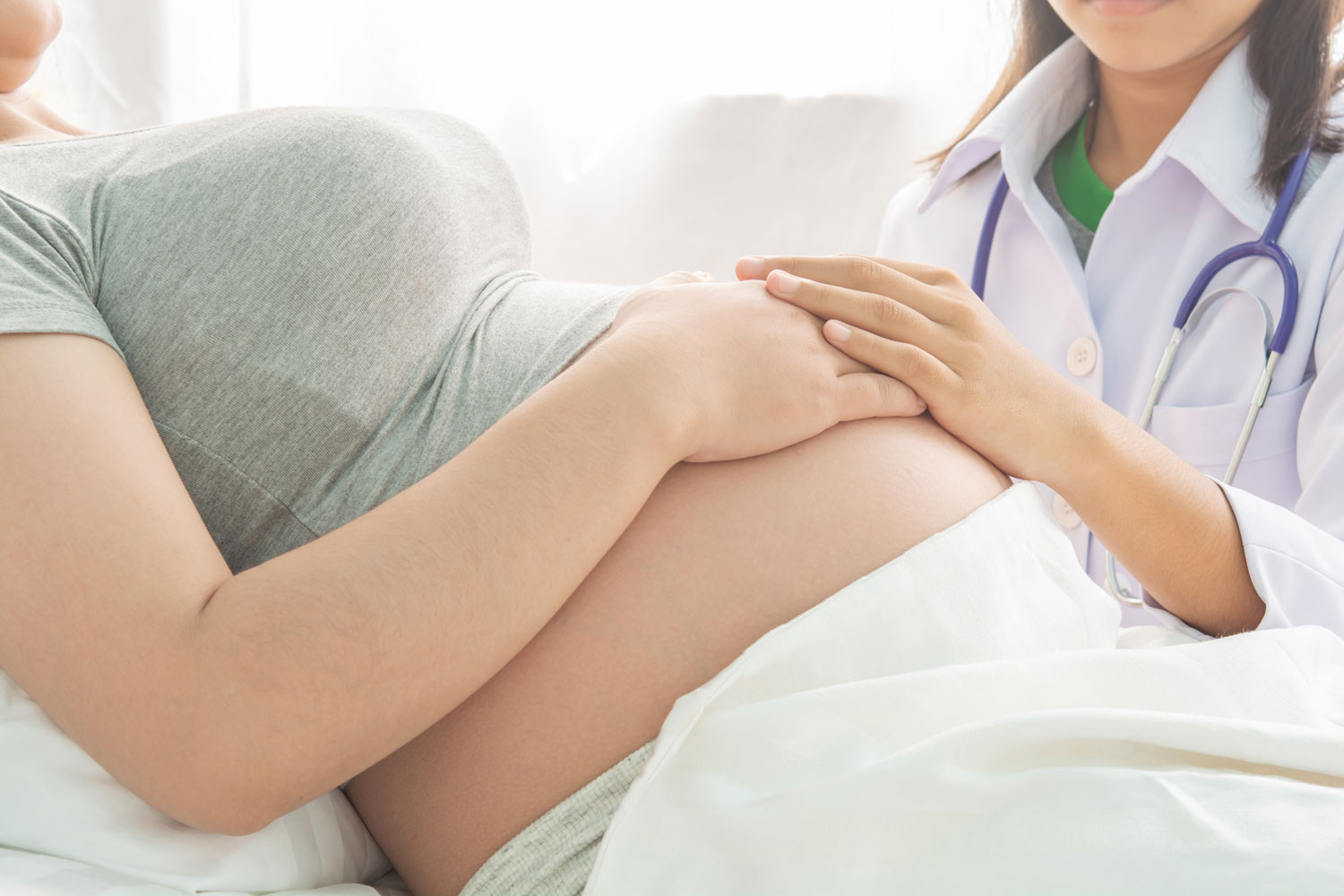 During pregnancy, the length of the cervix, which keeps the uterus closed until it is time for birth, might shorten too soon.  This  painless  shortening  or  thinning of the cervix can lead to preterm birth.  If detected early, cervical shortening  can be treated with medications, a device known as a pessary,  or a surgical procedure known as a cerclage  to  lower the risk of  early birth.
> MORE INFORMATION

Stillbirth is defined as intrauterine death and subsequent delivery of a developing infant after 20 completed weeks of gestation. Causes of stillbirth include placental problems, birth defects, growth restrictions that cause asphyxia, and undiagnosed bacterial infections.  In some cases, medications can be prescribed to lower a women’s risk of another stillbirth.  We carefully monitor women with a prior history of stillbirth throughout the next pregnancy, using  ultrasound to monitor the growth and development of the fetus as well as weekly checkups with  a Biophysical Profile of the fetal  well-being.
> MORE INFORMATION

Fibroids are benign, non-cancerous growths that develop in the wall of the uterus. These are common, especially as a woman ages. Fibroids can be seen on an ultrasound during pregnancy and usually cause no problems. In about one-third of women, the fibroid can get bigger and cause problems during the pregnancy. This may include pain, premature separation of the placenta, preterm labor, preventing the baby from growing fully, or blocking the birth canal causing the need for a C-section.
> MORE INFORMATION

Isoimmunization (sometimes called Rh sensitization, hemolytic disease of the fetus, Rh incompatibility) is a condition that happens when a pregnant woman’s blood protein is incompatible with her baby. This causes her immune system to produce an antibody that reacts and destroys the baby’s blood cells, causing the baby to become anemic. A woman develops the antibody usually due to prior blood transfusions or from previous pregnancies in which there was a lot of bleeding. Rh factor (known as RhD) is the most common blood protein to cause isoimmunization, in which a Rh-Negative mother has a Rh-Positive baby. However, there are other blood proteins that can cause isoimmunization including Rh C, Rh E, Kell, Kidd.
> MORE INFORMATION ON RH FACTOR